Male boss versus female boss, who would you pick? 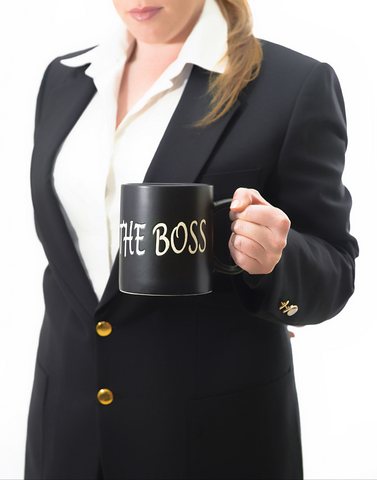 Who among us haven’t watched “The devil wears Prada” by Anne Hathaway as Andrea Sachs, a college graduate who goes to New York City and gets a job as a co-assistant to powerful fashion magazine editor Miranda Priestly, played by Meryl Streep or “The proposal” by Sandra Bullock and Ryan Reynolds about a Canadian immigrant named Margaret Tate, who learns that she may face deportation charges because of her expired visa. Determined to retain her position as executive chief, Tate convinces her assistant, Andrew Paxton, to temporarily act as her husband. Initially planning on resuming their lives after Tate resolves her visa issues, they appear to abandon those plans as their relationship intensifies?

In both films, the boss is a woman, but not a regular woman, a bossy, evil, demanding and ruthless person. This image of female boss emanates from the society’s perception of female boss, and surveys supporting the tendency of workforce to having a male boss rather than a female boss.

Even though no one has the option of stating the gender preference of his boss in his resume, according to surveys, nearly two-thirds of working women prefer working for a male boss, which is something somewhat ironical, if we thought about, as don’t these women aspire to become bosses one day?

In addition, a recent survey conducted by Salary.com on gender perceptions in the workplace found that 36% of women would pick a man as a boss if given the choice. Only 11% of women said they’d rather work for another woman. On the flipside, 31% of men would prefer a male boss and 9% would choose a female.

How can these statistics be interpreted?

Personal experience undoubtedly plays a role for some workers, such as having had a bad relationship with a female supervisor. In a Forbes article entitled “Why I’d Rather Work for a Man than a Woman,” a female independent contractor presents the reasons for her preference, which include wanting to work for those with the most power and men being less emotional and jealous than women:

She says: “Given the choice, I will work with a female employer any day of the week”, and states three main reasons, pushing her to say so:

1. Men have more power: Women in the working world complain more, and men are in greater positions of power than women.

2. Men are less threatened: Most women have had an experience with a female superior who wouldn’t let her advance because the woman in power was threatened.

3. Men are less emotional: Here’s how I like to work: identify what needs to be done and do it. I’m not interested in having a discussion about it, forming a relationship over it, making sure everyone is emotionally comfortable with it.

From her part, Chief executive of Hobbs Nicky Dulieu says:"Women in management positions can show less of their personalities. We hide our natural personalities, and need more confidence. When I realized that being 'me' wasn't a bad thing in business - that I'm not the toughest or always right - it was a good thing for me. There is so much pressure on women to be superhuman, they have no personality in the process."

In the movies, “The devil wears Prada” and “The Proposal”, we come to understand why women boss act the way they do, but eventually, they uncover their good side, the side characterized with understanding, tenderness and a very high sense of ethics, professionalism and pure heart; traits that will definitely have an added value to any company, or to any employee.

In the end, considering that according to the Hobbs' survey, employees aged between 18 and 24, actually preferred a female boss to a male one, we still have hope, and some day, the statistics will flip, and women boss will earn much more votes and be much more preferred than men boss.