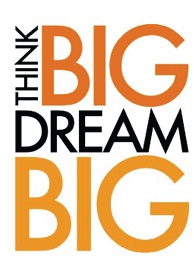 We all live in a world that promotes the importance of college as path to success and entrepreneurship, placing an enormous importance on college education that is becoming more and more expensive and inaccessible to mainstream people.

Parents dream of their children’s graduation from college and teachers promote college education as the mean of salvation, while employers use college degrees alone to screen job candidates.

In addition studies reveal that without a college education, a person earns less, is more liable to be unemployed and have fewer opportunities to career advancement.

It is true that a college degree can be an important tool for employment, career and a better standard of living, yet it doesn’t equate to someone’s level of intelligence or talent.

This is why we chose to share with you today names of people who became superstars and rose to the top without having completed a college education.

With regards to TV stars and top talkers we name Oprah Winfrey who left her College Education to begin her career in media, in addition to Larry King, Ellen DeGeneres, Jimmy Kimmel, Joy Behar and others.

From this article we don’t aim to criticize higher education, but to highlight the importance of true talent and dedication and promote the chance for all people from all backgrounds to excel in life and not have their hands tight because they didn’t earn a college degree.