Jobs of the Future 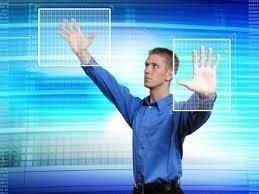 Ten years ago, Facebook didn't exist. Ten years before that, we didn't have the Web. So who knows what jobs will be born a decade from now? Would your job still exist or probably not, or will it continue to exist but not in the same form.

Five Jobs that will be new in 20 years

Gene Screener: In the future, a genetic screen could be as common as a drug test. Employers will need technicians to collect and analyze DNA from potential hires as they attempt to screen out workers with a propensity for drug abuse or other conditions that could interfere with productivity.

Drowned City Specialist: Suppose climate change happens a lot more quickly than expected. There will be a whole lot of jobs for people who deal with drowned cities. Belongings will need to be rescued, and houses must be moved to higher ground.

Robot Mechanic: The robots currently available for sale in the U.S. mostly clean carpets, filter pools or mow lawns. Eventually, these machines will drop in price, and middle-class families worldwide will be able to buy robotic personal assistants--or companions.

Hydrogen Fuel Station Manager: Hydrogen could be cost-competitive with gasoline if refueling stations were mass-produced, according to a study conducted by Ford. That mass production would require new factory jobs. And the hydrogen would be produced on-site, so managers would need an entirely different set of skills than required in today's gas stations, which are mainly retail operations.

Grocery Store Cashier: Handling cash is oh-so-20th-century. In fact, all jobs dealing with paper money, including bank tellers and toll booth operators, could be obsolete in two decades, as we rely more on credit and digital money.

Encyclopedia Writer: This 21st-century encyclopedia is free, online and edited by readers.

Fighter Pilot: Why send a man into combat when you can send a machine? While we're still far away from using robots as front-line troops, fighter jets may soon be automated.

Call Center Representative: Be careful what you wish for. Many people have fantasized, while on hold, about an end to call centers. But if they do disappear, they're likely to be replaced with more automation, not more personal customer service.

Oil Wildcatter: We won't need new sources of oil when our economy runs on hydrogen, solar power, wind and manure.

Politician: We hate most of them. We adore a few. And we'll never get rid of them, no matter hard we try.

Morticians: No matter how advanced technology becomes, someone must press the button sends corpses flying into space or turns cadavers to dirt.

Tax Collector: Right now, somewhere in the world, someone is being audited.

Soldier: The world's population is growing, religious fervor shows no signs of abating and precious resources are becoming increasingly scarce. Count on the military to stick around for all kinds of future conflicts.

It's hard to think of an industry that's not undergoing upheaval. From newspaper publishers to moviemakers, media firms are adjusting to the digital age. Meanwhile, computers continue to take over the world and Technology will create new jobs as well.

Even though many jobs will be changed, we are used to accommodate to change as we have done from the beginning of mankind. Let us keep an open heart and open mind and embrace the rapidly changing profssional world.